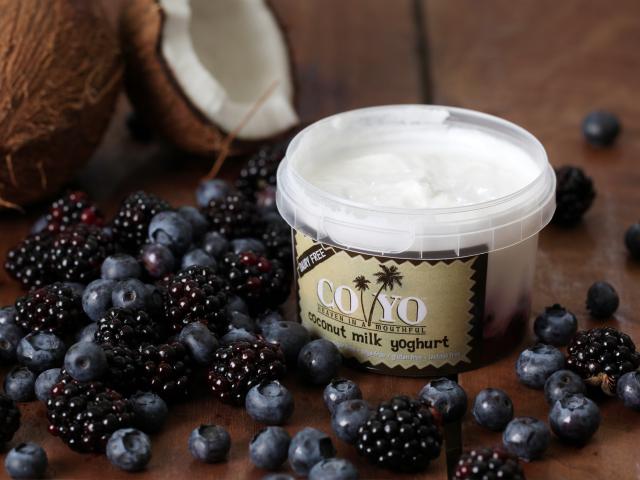 Pret A Manger has gotten a lot of press lately, and it hasn’t been good. If you recall, a 15 year old girl suffered from an allergic reaction after eating an unlabeled sandwich from Pret. She later died of cardiac arrest due to anaphylaxis. This prompted others to speak out against unlabeled products.

While Pret claimed that they would take immediate action to prevent similar instances, another customer recently died after an allergic reaction from a flatbread. 42 year old Celia Marsh had a serious dairy allergy. The super-veg rainbow flatbread was supposed to be dairy-free; but the bread was made with a yogurt that contained dairy protein. The yogurt from Coyo was marketed as a dairy-free product.

The milk brand has since recalled some of their dairy-free coconut yogurts, because they may contain traces of dairy protein. Even so, Pret plans to take legal action and has cut all ties with the company. Coyo further denies it was to blame for the death.

Is Coyo To Blame?

Coyo is promoted as an allergy friendly company selling yogurt and ice cream in the U.S., U.K, Australia, and New Zealand. They are sold in a variety of stores worldwide including Whole Foods Market, Tesco, and Sainsbury’s. The company promises that their products are vegan, paleo, and certified Kosher. Coyo continuously states that their yogurt and ice cream contains no dairy, soy, honey, gluten, egg, or sesame, as Coyo’s products are manufactured in their own plant-based facilities. This sounds like the perfect allergy friendly snack.

So how come people are getting sick from their products? Apart from the Pret related death, other customers have complained of allergic reactions. One allergy mom stated that her seven month old son, who is allergic to dairy, was sick for 24 hours after he ate the yogurt.

Another woman said that her five year old son’s face swelled after consuming a Coyo product; but is Coyo really to blame?

We know that products made in a factory have a greater risk of cross-contamination. Suppliers can also distribute contamination to some goods. While Coyo’s products are manufactured in plant-based facilities, they were still cross-contaminated through the suppliers. So, there is always a risk when consuming packaged goods.

Coyo has since released a statement saying they will not be working with the third-party supplier anymore in the future and plans to test all ingredients prior to use through a third party, even where suppliers guarantee them to be free of dairy protein. They have also denied any claims that they are at fault for the death at Pret, stating that the two incidents are unrelated; and they did not recall products because of Pret A Manger.

How Can I Be Safe From Cross-Contamination In Goods?

When possible, buy whole foods instead of packaged foods. If you do consume packaged goods, contact the manufacturer and ask if they are allergy friendly. For instance, before enjoying a nut free chocolate bar, ask the manufacturer if the factory makes other products that contain nuts. This is usually labeled on packaging, but the law does not require companies to disclose this information on products.

Try to find a store or bakery that doesn’t supply your allergen. Since food allergies are increasing, allergy friendly stores and bakeries are too.

It’s also important to always carry epinephrine. You never know when an allergic reaction will strike. For more information on food allergies or to begin allergy testing and treatment, call NY Allergy & Sinus Centers at (212) 686-4448.