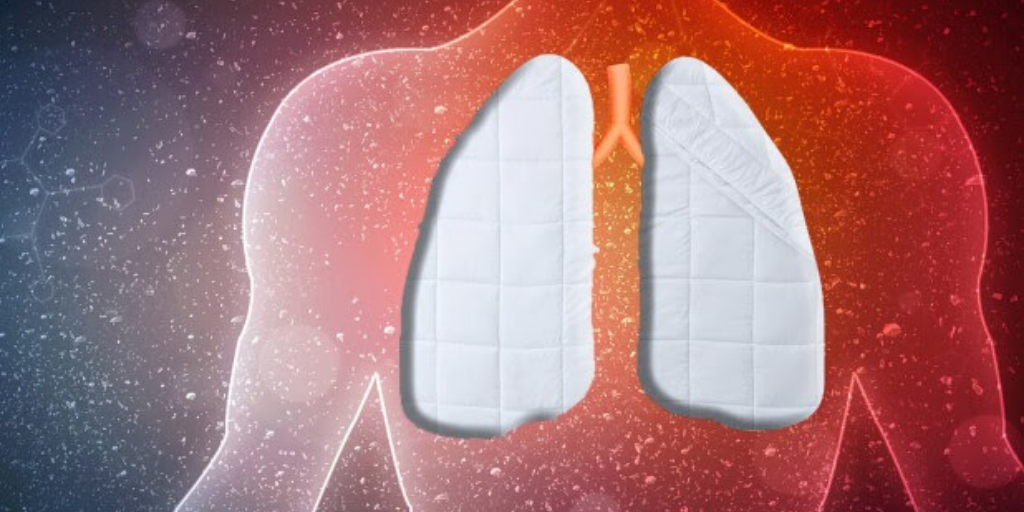 What Is Feather Duvet Lung Disease?

Feather Duvet Lung disease is a subset of bird fancier’s asthma, a type of hypersensitivity pneumonitis. It is a rare immune system disorder that affects the lungs. Mild symptoms include a wheezy cough, runny nose, eye irritation, and asthma. As the disease develops and remains untreated, more serious complications can occur such as loss of breath and permanent lung scarring.

45-year-old Martin Taylor suffered from Feather Duvet Lung disease for months before getting diagnosed. After switching from synthetic bedding to a feather duvet, Taylor began experiencing malaise, fatigue, and breathlessness. His quality of life declined significantly as the disease developed.

After three months of symptoms, Taylor finally reached out to his general practitioner who was unable to pinpoint the cause. So, he consulted with a chest physician, Dr. Owen Dempsey, for answers. Taylor’s initial chest x-rays were grey, instead of the normal black.  A subsequent CT of the chest exhibited the classic ground-glass, mosaic pattern highly suggestive of the diagnosis of hypersensitivity pneumonitis. Dempsey and his team suspected that Martin Taylor was actually reacting to the feathers in his down comforter and confirmed the sensitivity with allergy testing.

This disease is rare and symptoms are often nonspecific. For a proper diagnosis, a physician must conduct a thorough history and physical exam and may need to perform allergy testing and imaging studies.

It is not uncommon for physicians to miss or delay providing an accurate diagnosis. In this case, permanent lung scarring, also known as pulmonary fibrosis (PF), can occur. PF interferes with a patient’s breathing so, a physician or asthma specialist will need to monitor the patient’s lungs.

If you suffer from a lung disease including asthma, book an appointment with a specialist at NY Allergy & Sinus Centers to see how we can help you.